In the Washington Examiner, Buckley Program Founder and Executive Director Lauren Noble talked about how Yale’s response to the federal judge boycott of Yale Law Clerks is no cause for celebration:

One can agree or disagree with these judges’ decision, but all of this was avoidable.

Laughably, Gerken highlights an incident from March of this year, during which more than 100 Yale Law students shouted down a panel on free speech…

Yet no students were punished for disrupting the panel. All Yale did was reiterate policies that it isn’t enforcing. What message does that send other than that there will be no consequences for those who disrespect and trample on the free speech rights of others?

Among Yale’s more concerning “concrete steps” is a new policy prohibiting “surreptitious recordings” on campus — a move that seems more designed to protect the school from bad publicity than to support free speech.

Yale Law School has done little to assuage the concerns of cancel culture on campus. They need to correct course, and fast.

Read the full op-ed at the Washington Examiner here. 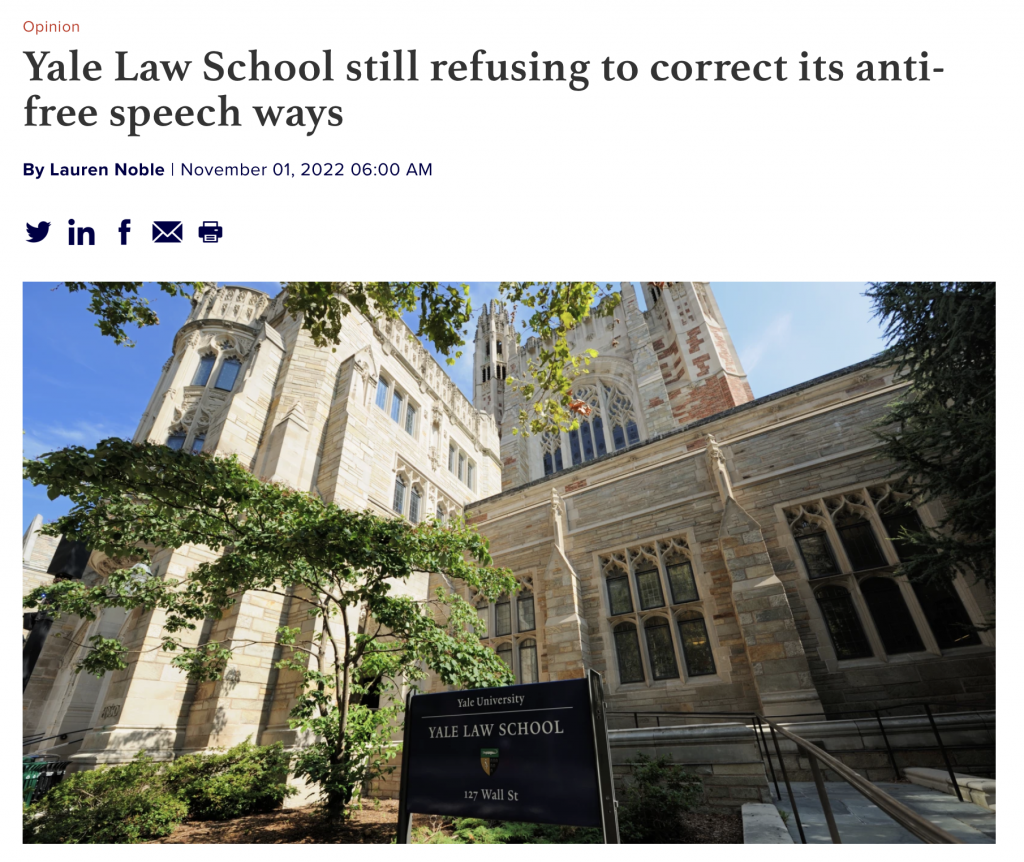